Announcing Operator.VC (it's not what you think)

TL;DR: Operator.VC is an angel fund where Yoav Shapira and I will do our angel investing and others can follow along on our investments by joining our Angel List syndicate.  It is not a VC fund and we have no plans to raise outside capital. 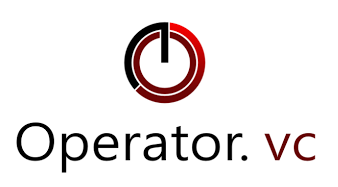 Over the past year I've taken as deep a dive as I can into the startup community in Boston.  Through serving on 2 boards of directors, overseeing 2 dozen angel investments, holding open office hours (with 50% of time reserved for women and minorities), advising and consulting with startups in a hands on way, and meeting with hundreds of people, I've tried to get as complete a picture as possible of the ecosystem and find the right role for me to play.

Then a few months ago my good friend and former co-worker Yoav Shapira left his job and was trying to figure out what to do next.  We had worked together for 5 years and had very complimentary skills (Yoav is a tech / product guy and I'm obviously a marketing / revenue guy) and wanted to see if we should do something together.  Neither of us had an idea for starting a company that got us excited enough, and both of us had started doing more angel investing the past couple years and have really enjoyed working with multiple startups.  So we spent some time exploring the idea of starting a new VC fund (along with a couple other folks we greatly respect).

I'll spare you the dozens and dozens of conversations we had and summarize it this way.  We got amazingly good feedback from founders and startup execs who said they would love to work with us as investors and would pick us over other potential investors.  We also heard how hard it is to raise a first and second fund and get a new VC firm going, especially without a VC track record. (One of the big paradoxes of the VC market is that LPs all want more funds with a great track record to exist, but very few are willing to take a risk on people starting completely new funds.) But most importantly, we heard things that made us question the ability of our new fund to be extremely successful and stand out from the noise in the VC market.  There are a number of new funds that recently launched in Boston (such as _Underscore.vc and Pillar) as well as some more established seed and early stage funds that we respect a lot (like Founder Collective and NextView and Accomplice) and of course the larger funds with a long term successful track record (like General Catalyst, Matrix and CRV).  There are tons of funds not mentioned here and a lot more that have not publicly launched but are in the works.  In fact, currently there is a record amount of fundraising happening and new funds being formed, many with variations on the traditional VC business model (like Angel List).

One of the key things that enabled HubSpot to achieve the success that it did was our relentless focus on being different and seeking out a blue ocean market where you can be different from the competition.  Given the number of existing funds, new funds and emerging VC models, Yoav and I never felt 100% confident that we could successfully navigate our way to success without having had any VC experience.  Especially because we respect and admire so many of the new and existing funds it was particularly hard to convince ourselves we could be the best in the market. (If we thought they all sucked we'd have felt far more confident of our success!)

What Yoav and I know for sure is that we love working together and we are both better angel investors if we join forces to provide more value to our companies (the full gamut from tech to product to marketing and growth) and do a better job questioning and challenging each other on our investment hypotheses. So we decided to form a fund (only our money) where we will do our angel investing and also create an Angel List syndicate for others to follow along on those investments if they choose.  Note: this is not a full time job (it pays less than $0 in the short term) so expect to hear from both of us in the future about other jobs.  If you want to follow along with Operator.VC, see the links below: